Welcome to the Prognostics and Health Management Group

Dedicated to providing a research and knowledge base to support the advancement of diagnostics, prognostics, and system health management.

The Prognostics and Health Management (PHM) Group has a multi-faceted approach to PHM focused on demonstrating that health monitoring can be implemented using a variety of methodologies, tools, and analyzing techniques for effective prognostics. Our approaches for PHM implementation include: (1) the use of expendable devices, such as canaries and fuses that fail earlier than the host product to provide advance warning of failure; (2) monitoring and reasoning of parameters that are precursors to impending failure, such as shifts in performance parameters; and (3) modeling of stress and damage in electronic parts and structures utilizing exposure conditions (e.g., usage, temperature, vibration, radiation) to compute accumulated damage.

The PHM Group conducts research and development of prognostics and health management applications for electronic products and systems, as well as systems-of-systems. The research focuses on computational algorithms, advanced sensors and data collection techniques, condition-based maintenance, PHM for the application of in-situ diagnostics and prognostics. The group is using physics-based models along with empirical models for prognostics. It is pioneering the use of a fusion approach, which combines physics of failure and data-driven methods for accurate prognostics and diagnostics.

The goal of the group is to develop novel ways to identify anomalies and patterns within very large data sets containing multiple parameters both qualitative and quantitative and has developed real-time reduced-order modeling for failure prediction. Work in the areas of reliability modeling and prediction, pattern recognition, time series forecasting, machine learning, and fusion technologies is ongoing. The group is evaluating the use of intelligent reasoning technologies to model and manage the life cycle of electronic products. In addition, optimal maintenance planning and business case development to assess the return on investment associated with the application of PHM to systems is being researched by the group.

The PHM Group collaborates with industry and research partners to develop advanced sensors for diagnostics and prognostics applications. Applications such as tamper proof low-cost autonomous sensors that incorporate wireless communication, and high onboard memory capacity and can be attached to any product with minimal interference to the functioning of that product are being developed. The PHM Group enables real-time prognostics and health management of electronic products in their application environment. 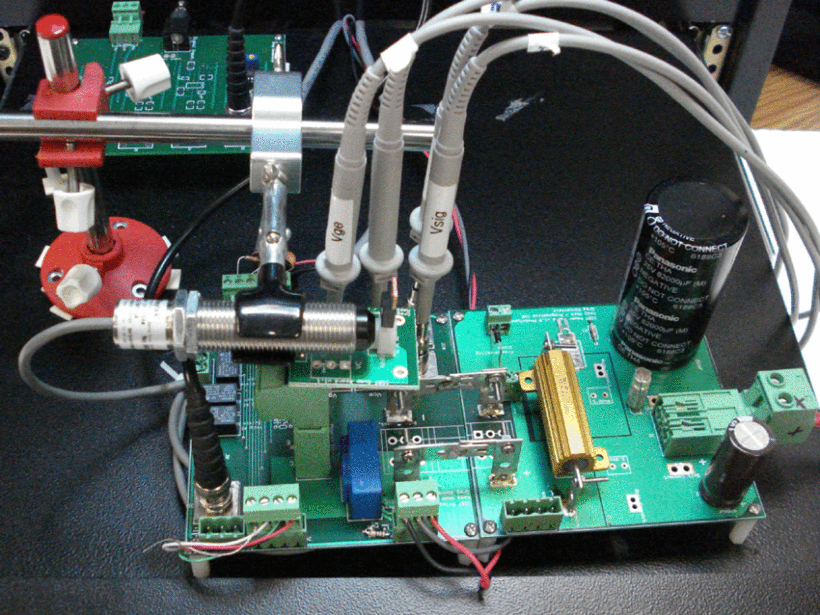 In power electronic system, insulated gate bipolar transistors (IGBT) are one of the most common semiconductors that switch current under high voltage. In order to build prognostic model for IGBT, precursor parameters have been identified. IGBT were subjected to thermal overstress tests using a transistor test board until device latch-up. During the test, current, voltages, and temperatures were monitored online at different locations. The aged parts were observed to have shifts in capacitance-voltage measurements as a result of trapped charge in the gate oxide. The collector-emitter ON voltage VCE(ON) showed a reduction with aging. The reduction in the VCE(ON) was found to be correlated to die attach degradation, as observed by scanning acoustic microscopy analysis. The collector-emitter voltage, and transistor turn-off time were observed to be precursor parameters to latch-up. Based on these precursors, a physics-based prognostic model was developed. 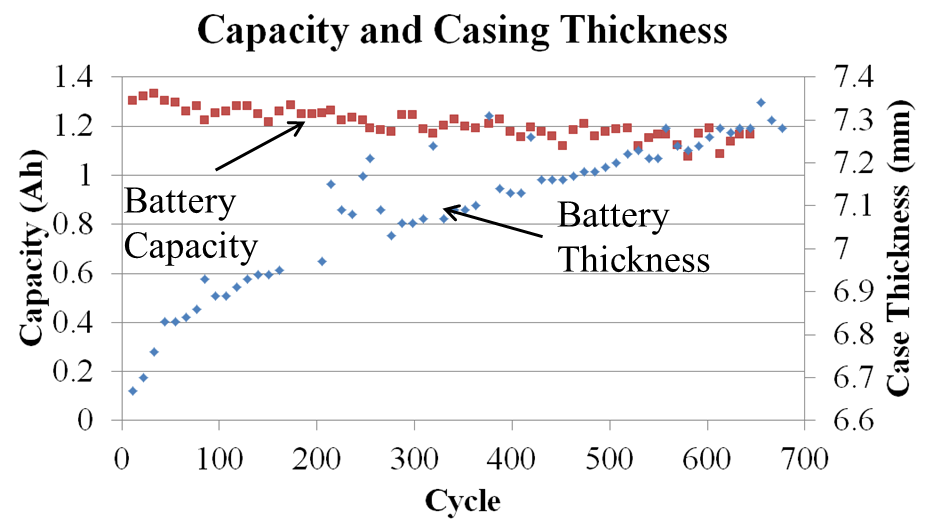 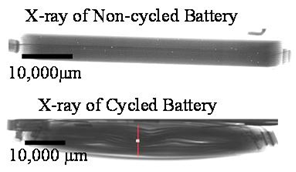 The FBG sensor was placed on the inside of the coin cell between the electrodes and the separator layers towards the most electrochemically active area. Results show stable strain behavior within the cell and about 10 °C difference between the inside of the coin cell and the ambient environment over time during charging/discharging cycles. By modeling this expansion suing a strain gauge, a prognostics model was developed.
The same phenomena can be also monitored using ultrasound sensors. The amplitude or time-to-flight of the ultrasound can be used to assess the degree of swelling expansion, delamination, voiding and electrode ruffling of the batteries. These measurement can be used in developing a metric to explain the degradation level of batteries. 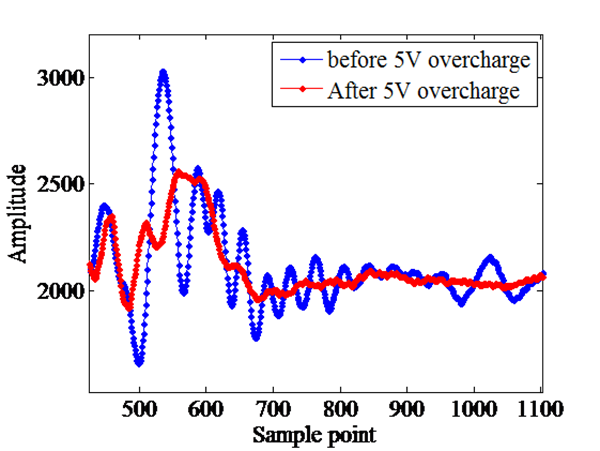 Degradation of electronic components is typically accompanied by a deviation in their electrical parameters from their initial values, which can ultimately lead to parametric faults in electronic circuits. Existing approaches to predict parametric faults emphasize identifying monotonically deviating parameters and modeling their progression over time. However, in practical applications where the components are integrated into a complex electronic circuit assembly, product or system, it is generally not feasible to monitor component-level parameters. To address this problem, CALCE team developed circuit health estimation methods using machine learning algorithms. The methods exploit features that are extracted from responses of circuit-comprising components exhibiting parametric faults, instead of the component-level parameters.

Electromagnetic induction coils are widely used in a variety of applications, many of them safety critical. The insulation around the wire in an electromagnetic coil accounts for a significant portion of the failures in solenoid-operated valves and in electric motors. CALCE team developed a method to detect the degradation of insulation used in low-voltage applications by assessing changes in impedance responses. The results indicate that coil impedance, resolved into resistance and reactance, evolves differently when the coil is subjected to different loading conditions, which reflects insulation degradation signatures due to different failure mechanisms. This method can be used to assess the insulation life of an electromagnetic coil, allowing replacement prior to the formation of harmful shorts or critical coil opens. 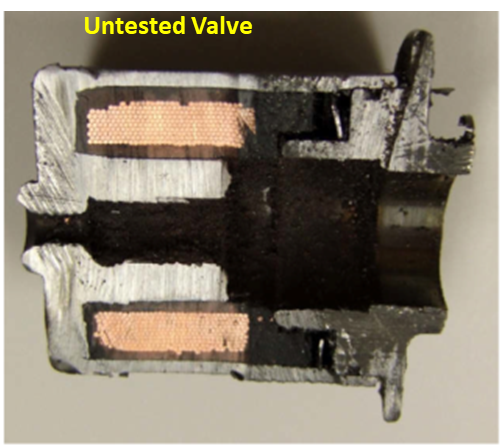 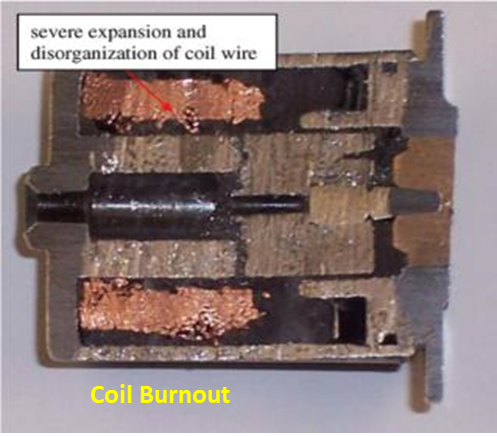 Although bearings have been the focus of PHM for many years, a number of challenges remain. CALCE has focused on the development of methods to address: complexity of sensor information, high rates of false positives and negatives in anomaly detection, and inaccuracy of predicted remaining life. A wide range of characteristics are monitored and analyzed for fault detection, diagnosis of defects, and prognostics: vibration; acoustic emission; acoustic sound; wear debris; nano-hardness; surface topography; lubricant chemistry; motor current; rotational speed. 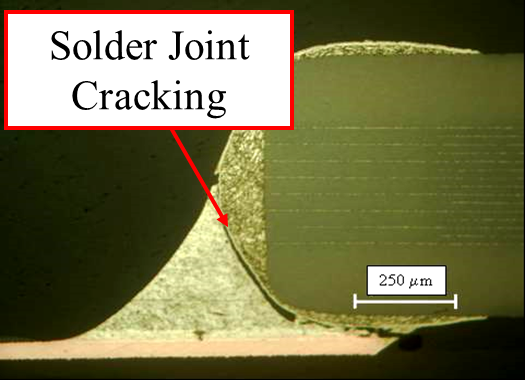 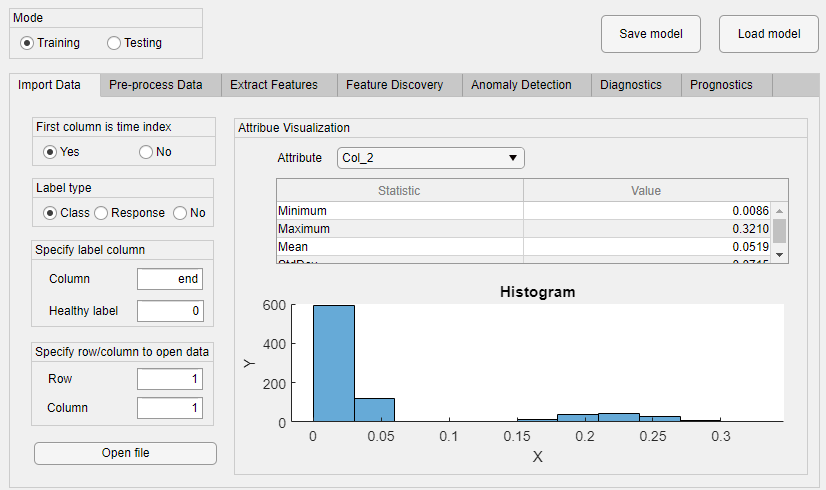 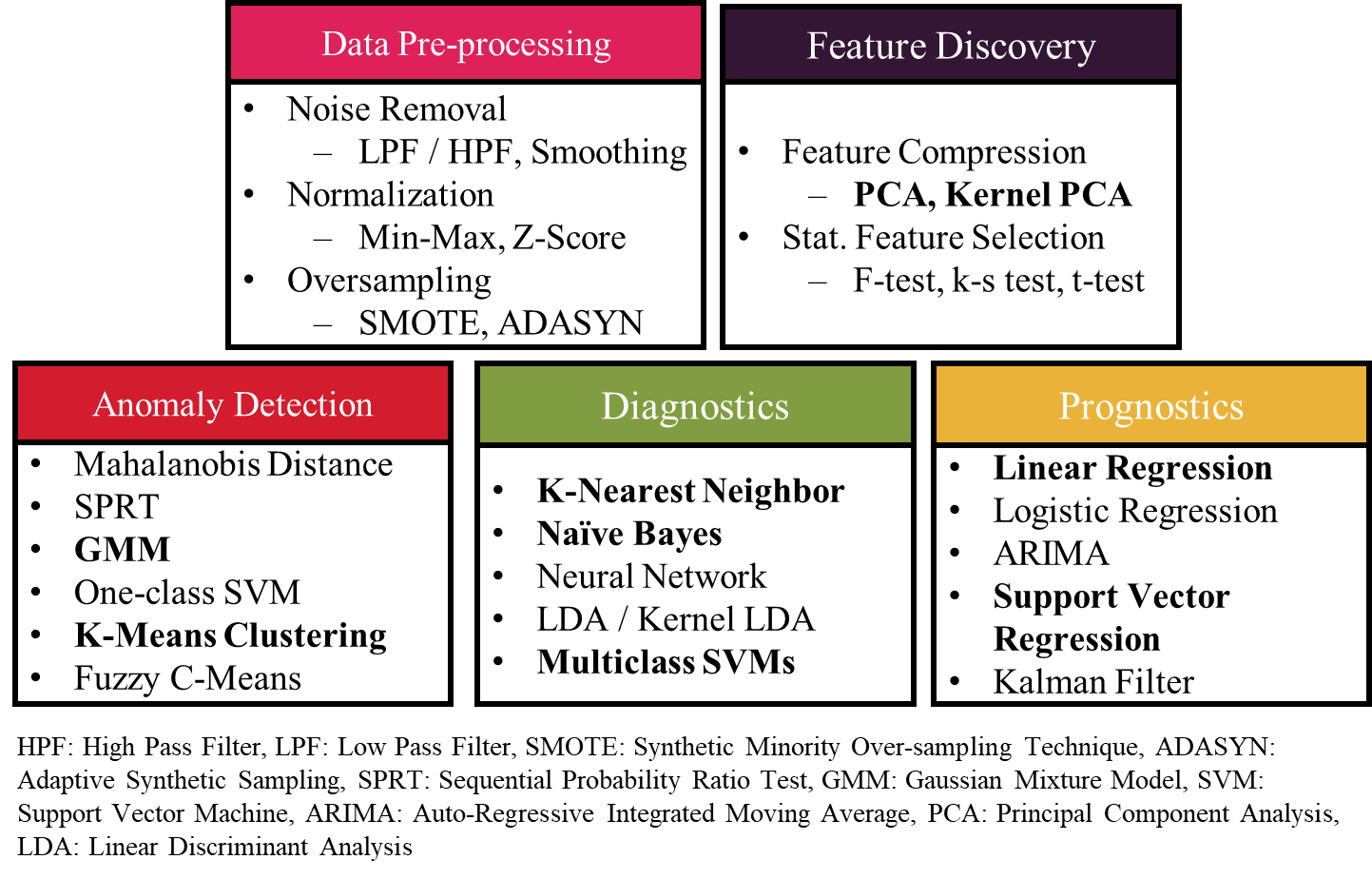 Latest version of the tool

CALCE has developed a stochastic decision model that determines when scheduled maintenance makes good business sense, i.e., makes possible a business objective such as a balance of cost and availability.  The model enables the optimal interpretation of life consumption monitoring damage accumulation or health monitoring precursor data, and applies to failure events that appear to be random or appear to be clearly caused by defects.

The initial version of the tool focused on modeling and optimizing the cost avoidance associated with the application of PHM to systems. The tool implements a stochastic discrete event simulation applied to single and multi LRU systems where the LRUs can have no PHM structures, fixed interval maintenance, life consumption monitoring, or precursor to failure health monitoring.  The tool can be used to optimize safety margins and prognostic distances for single LRUs and to determine best maintenance strategies for multiple LRU systems. In Spring 2007, the tool was extended to address false positives.  The tool has been used to perform ROI studies on single LRU systems.  The metrics computed by the tool include:

Recently the tool was  enhanced to model PHM implementation costs (non-recurring development costs, recurring costs at the LRU, socket and multi-socket levels, and infrastructure costs.  A revenue model is also being added to provide to differentiate between unscheduled maintenance that occurs before during and after missions.
For more information contact sandborn@calce.umd.edu