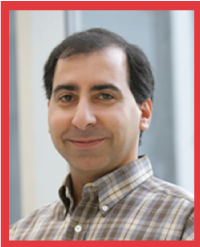 Dr. Michael H. Azarian is a research scientist at the Center for Advanced Life Cycle Engineering (CALCE) at the University of Maryland. He holds a Master's and Ph.D. in Materials Science from Carnegie Mellon University, and a Bachelor's degree in Chemical Engineering from Princeton University.

Dr. Azarian’s primary research interests are detection, prediction, and analysis of failures in electronic components and assemblies. He has over 150 publications on electronics reliability and packaging, prognostics and health management, and tribology, and holds 6 U.S. patents.

Prior to joining CALCE, he spent over a dozen years in the disk drive and fiber optics industries, having worked at Bookham Technology, W.L. Gore, Censtor, and Philips Research Laboratories. Dr. Azarian is chair of the SAE G-19A Test Laboratory Standards Development Committee which is responsible for the AS6171 family of standards on the detection of counterfeit electrical, electronic, and electromechanical parts. He is also co-chairman of the Miscellaneous Techniques sub-group of the G-19A committee. He chairs the working group responsible for the IEEE 1624 standard on the organizational reliability capability of suppliers of electronic products. He was previously chair for the IEEE 1332 Standard on reliability programs.