CALCE Webinar - Stress or Warpage after Molding - Mold shrinkage, Chemical shrinkage or Both? 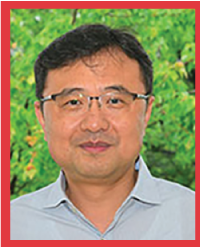 The volumetric shrinkage (or chemical shrinkage) of thermoset polymers occurs during curing. As the modulus evolves after the gel point where polymers start to build mechanical strength, the shrinkage starts to develop stresses inside molded parts while curing, which results in “curing-induced” residual stresses. They can cause warpage at the curing temperature, and can affect the reliability of components molded by the thermoset polymers.

Material manufactures often provide a shrinkage quantity called “mold shrinkage”. This value should not be used to predict the residual stresses simply because it contains the effect of the coefficient of thermal expansion (CTE) of the mold as well as the cured thermoset polymers.

This seminar first reviews (1) how the mold shrinkage is measured; (2) how the volumetric shrinkage is measured by pressure-volume-temperature-cure (PVTC) tests, and (3) how to measure the effective chemical shrinkage by the embedded fiber Bragg grating technique. Discussion about how these properties are to be used to predict residual stresses for different molding processes are followed.

About the Presenter: Bongtae Han is Keystone Professor of Engineering at the University of Maryland; and he is currently directing the Laboratory for Optomechanics and Micro/nano Semiconductor/Photonics Systems (LOMSS) of CALCE. He served as an Associate Technical Editor for (1) Experimental Mechanics, from 1999 to 2001, and (2) Journal of Electronic Packaging, Transaction of the ASME from 2003 to 2012. He is currently serving as an Associate Editor for Microelectronics Reliability. He was elected a Fellow of the Society for Experimental Mechanics (SEM) and the American Society for Mechanical Engineers (ASME) in 2006 and 2007, respectively.