The Efficiency and Effectiveness of Counterfeit Detection Procedures

Abstract: Counterfeiting of electronic components is a growing threat that affects virtually every industry. Component recycling, remarking, cloning, overproducing, and re-dating are common counterfeiting techniques that are often not noticed by the unaided eye. Organizations rely on expensive, destructive tests on a small subset of the population in an effort to establish proof of lot homogeneity and negate the risk of fraudulent and counterfeit parts, with a statistically limited rate of confidence. Standard counterfeiting detection methods of counterfeit electronic components assume a strong correlation between the complexity and sophistication of tests and lot authenticity. However, detection does not have to go deep to detect most of the counterfeit types. Recycled components may undergo recycling, black-topping, remarking, and repacking that all leave visible evidence on the component exterior. Cloned, overproduced, and defective components are also packed using a different source, presenting a different package. Re-dating old components may be detected externally by the poor state of the leads. It appears that in almost all counterfeit types all the required detection evidence is visible on the exterior of the component given the right tool. Manufacturers of life and mission-critical devices, common to the transportation, military, and medical industries, need to increase this level of confidence and inspect 100% of the components, as damage caused by even the simplest of components can be catastrophic. In this work we present the most common counterfeit methods and evaluate the effectiveness and efficiency of conventional lab testing to mitigate them. We present a novel nondestructive in-line inspection software to perform a counterfeit inspection on the entire assembly components batch using the images taken by the SMT pick-and-place machine and deep external visual inspection (DEVI), artificial intelligence, and a big-data knowledgebase. 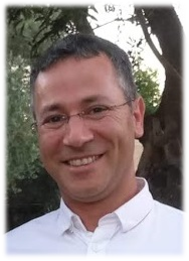 Bio: Dr. Eyal Weiss received his B.Sc. cum laude in Mechanical Engineering from the Technion-Israel Institute of Technology, Haifa in 1995, his M.Sc. in Plasma Physics from the Technion–Israel Institute of Technology, Haifa in 2001, and his Ph.D. in Electronic and Computer Engineering from Ben-Gurion University of the Negev, Beer-Sheba in 2014. He worked for 6 years as a researcher on pulsed plasma at Soreq Research Center (SNRC). He then worked for 5 years in the fiber-optics high-tech industry as a technology department manager. He returned to Soreq SNRC, and for 12 years served as manager and leading scientist of the R&D Systems Department. In 2018, he founded and became CTO of Cybord, developing electronic component authentication technologies. He specializes in multidisciplinary technology development and has received major awards and accolades in the fields of machine learning, plasma physics, optical assemblies, laser technology, and electromagnetics, including twice the prestigious Israel Defence Prize. Dr. Weiss is an expert in technology development.