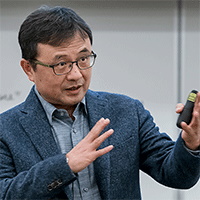 On October 28, Prof. Bongtae Han will present a keynote lecture “Quantitative Prediction of Warpage after Molding Processes: Is It a Myth?” at the upcoming ASME InterPACK.  Prof. Han is a Keystone Professor of Engineering and APT Chair of the Mechanical Engineering Department of the University of Maryland. Dr. Han has co-authored a textbook entitled "High Sensitivity Moiré: Experimental Analysis for Mechanics and Materials", Springer-Verlag (1997), and edited two books. He has published 12 book chapters and over 300 journal and conference papers in the field of microelectronics, photonics, and experimental mechanics. Dr. Han received the IBM Excellence Award for Outstanding Technical Achievements in 1994. He was a recipient of the 2002 Society for Experimental Mechanics (SEM) Brewer Award for his contributions to the development of photomechanics tools used in semiconductor packaging. Most recently, he was named the 2016 American Society of Mechanical Engineering (ASME) Mechanics Award winner in the Electronic and Photonic Packaging Division for his contributions to structural mechanics of electronic systems. He has received several publication awards, including Year 2004 Best Paper Award of the IEEE Transactions on Components and Packaging Technologies. He served as an Associate Technical Editor for Experimental Mechanics, from 1999 to 2001, and Journal of Electronic Packaging, Transaction of the ASME from 2003 to 2012. He is currently serving as an Associate Editor for Microelectronics Reliability. He was elected a Fellow of the SEM and the ASME in 2006 and 2007, respectively.